But I think I had a little more luck when it came to writing about a war-like culture.

A storm knocked my internet out, so I’m catching a few spare hours. But not having internet at least gave me plenty of time to work on my World Anvil articles!

My two favorites so far are about a famous woman and a card game I made.

I have been engrossed in worldbuilding, but I took a break to finish an overdue game review. 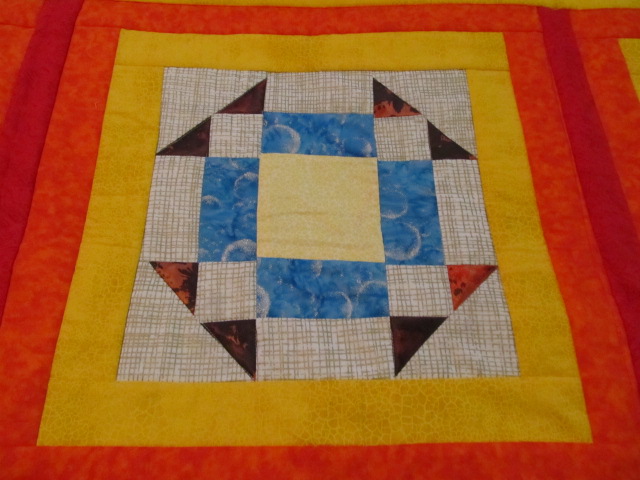 There is a part in the last episode of Firefly, “Objects in Space,” in which Jubal Early tells Simon Tam, something along the lines of, “your sister is the smallest cargo I’ve ever had to transport, but by far the most troublesome.” This quilt was my River Tam:

After three months of sewing every seam twice and still finishing several by hand, I finally completed this baby quilt for my cousin who had her baby in March.

Fortunately, I also just finished a quilt for yet another cousin getting married (did I mention my life is rapidly turning into four weddings and a funeral?) and I think this is my favorite of the bunch, just because of the colors.

Here’s the original pattern for the quilt:

Which one do you think is better?

For my third summer camp article, I responded to a prompt to write about a mythological creature. I think there’s some creative stuff in this one because I got to thinking about the culture from which the myth originates influences the myth itself. Since the people from the culture can temporarily alter the gravitational pull on an object, the gravity of the tides became an important factor in both the myth and the taboos which extend from it.

And my fourth article was about an isolated settlement. I had a lot of fun with this one because I decided to make it the training ground for the Illusionists, who are one of my favorite of the thirteen magical factions in the world.

When I saw the prompt to write about a lush area in your world, I was tempted to write about a different world I had been working on because it has purple plants! But I had already decided I wanted to focus on this world for this event, so I answered the prompt with this article instead.

World Anvil, a worldbuilding site for writers, artists, and dungeon masters, is hosting its second annual summer camp. This event is like the worldbuilding version of nanowrimo–you have the month of July to respond to thirty worldbuilding prompts, in whatever order you so desire. For some time, I’ve been interested in developing a world in which several different varieties of magic exist, mostly unbeknownst to each other, so I decided to tackle it for this challenge.

My first response was to a prompt about an animal that is used as a beast for transportation or as a beast of burden. You can check it out here.